Do you know? That Boris Johnson has his ancestral roots to a Muslim Turk

Many would know that the UK prime minister Boris Johnson’s father Stanley was a Conservative politician, having served as a Member of the European Parliament (MEP) for Wight and Hampshire East from 1979 to 1984. But a relatively unknown fact is that the great grandfather of the former mayor of London was a Turkish Muslim named Ali Kemal. And much like Boris Johnson, the prime minister’s great-grandfather was also a journalist before launching his political career.

The forefather of Boris Johnson, Ali Kemal, was born in 1869 in the farming village of Kalfat, in Cankiri province, 62 miles north of the Turkish capital Ankarain, in what is now central Turkey. Ali Kemal was a prominent journalist and later a minister during the final years of the Ottoman empire. He was editor of the newspaper Ikdam during the rule of Abdulhamid II and was well known for opposing the Ottoman monarchy. During its heyday, Ikdam was one of the most popular publications in the Ottoman Empire. Ali Kemal spent much of his life in exile as a result of his opposition to the Sultan.

During a trip to Switzerland, he met Winifred Brun, a British woman, and they later married in London. However, Kemal turned dissident and fled to London around 1909. His son, Osman Wilfred Kemal (Johnson’s grandfather), was born in London the same year. Upon his return to Turkey in 1912, Kemal left his children in the care of their grandmother.

During World War I, Turkish nationalists were defeated, and Kemal was promoted to the position of interior minister in a new government. During his short term, he issued orders against Atatürk that the BBC television show “Who Do You Think You Are?” described as a “serious political mistake.” A few months later, Kemal resigned from his position and returned to writing articles. In his criticism of radical nationalists, he blamed political murders for their violent tactics. But when nationalists gained power, Kemal became a target for their violence.

Kemal later wrote, in an article titled, “We had and still have the same goal,” a piece in which he admitted to having been wrong, according to the Turkish newspaper Daily Sabah. He was kidnapped and brought to Ankara to face a trial for treason under the

new government. But in November 1922, on the way to his trial, Kemal was lynched by a mob.

Prime minister Boris Johnson delved into his roots in 2008 in a show called “Who Do You Think You Are?”, a BBC television series about discovering celebrities’ ancestors. He was able to learn more about his ancestor Kemal in the episode, which included the fact that Kemal was a hafiz or a person who had memorized the Quran.

Johnson says in the clip, “My great-grandfather Ali Kemal could not only read this whole thing, but he actually knew it all by heart. Amazing. I won the scripture knowledge prize!” 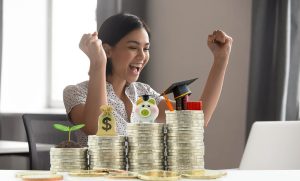 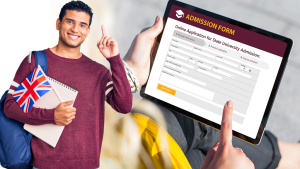